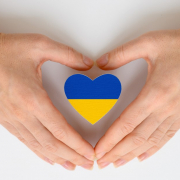 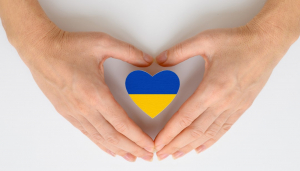 Fifth Church is highly invested in church planting. We are one of four pioneer churches in West Michigan to partner with Hungarian Reformed Church leaders to plant several new churches in Debrecen, Hungary. That initial partnership has grown into a European church planting initiative called Euro Partnership. We continue to support this work through our annual budget, and our friends Doug & Diane McClintic were called to serve as Reformed Church in America (RCA) missionaries in Hungary to lead the effort.

With the war in Ukraine, our church plants in Debrecen are on the front lines of welcoming Ukrainian refugees. The RCA has moved to resource those efforts by creating a European Crisis Fund. The funds are being used in very practical ways.

I (Pastor Jon) was able to speak to Doug McClintic by Zoom a couple days ago. He and Diane were travelling to the Netherlands to visit one of the Euro Partnership church plants. On the train they met two young women from Ukraine. They were sisters, both in their early 20s. They left behind their parents and three brothers, who had been conscripted into the army, to move to the Netherlands to live with relatives for the duration of the war. Doug & Diane engaged them in conversation and listened to their story. Doug gave them his card and told them of his connections in the city to where they were moving – it was a city with one of the new Euro Partnership church plants. He encouraged them to call him if they had any needs.

To Doug’s surprise, one of the women called the next day, a Sunday, and said, “We have learned that the only way people get around in this city is by bike.” Doug said, “Ah! You need bikes. Meet us tomorrow at the bike shop, and we’ll buy you two bikes.” It turned out that the bike shop was closed on Monday, and Doug & Diane were returning to Hungary that day. Doug asked the Euro Partnership church planter in the city to follow up with the women. He did, and we provided two bikes for them. In addition to a couple bikes, a relationship was created with a church plant and a local pastor.

As you give to the European Crisis Fund, the money will be directed by our local leaders on the ground to assist Ukrainian refugees in Hungary and across Europe. Let’s give generously!